Spearheading the prolific and unique surge of Ethiopian popular music in the 1960s and 1970s, Ethiopian singer, arranger and pianist Girma Bèyènè is a legendary figure who enjoyed a scintillating early career with various formations and musicians. The political unrest in his native country forced the musician to emigrate to Washington D.C. in the late 1970s and effectively disappear from the music scene. On the invitation of young French band Akalé Wubé, Girma Bèyènè returned to the recording studio in 2016 to break a thirty year-long musical silence. Released in January 2017 last on Prado Records/Buda Musique following a successful crowdfunding campaign, Mistakes on Purpose witnesses “the rebirth of a legend”.

Originally launched in 1997 on the Paris-based label Buda Musique and curated by music collector and producer Françis Falceto, the Éthiopiques series set about to unearth a treasure trove of Ethiopian popular music released between the 1960s and 1970s. Dubbed Ethio-jazz, Ethiopian popular music from that golden era featured a fascinating fusion of traditional Ethiopian music with American and Latin jazz, western pop music, soul and funk. 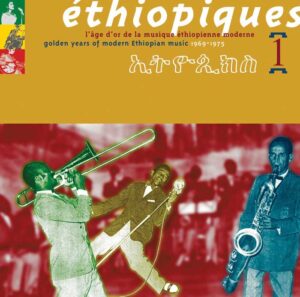 From 1974 onwards, the Mengitsu-led military dictatorship put a gradual end to that fertile period of cultural activity, forcing many musicians into exile and record production in Ethiopia had all but completely disappeared by 1978.

But the launch of the collection from the late 1990s onwards exposed many stalwarts of the genre like Mahmoud Ahmed, Alèmayèhu Eshèté, Mulatu Astatke or Gétatchèw Mèkurya [RIP 1935-2016] to a new international audience. In many cases, the exposure reignited their respective careers or sparked new collaborations with young European bands. The release of Jim Jarmush’s Broken Flowers in 2005 was very influential too and highlighted several Ethio-jazz gems in its soundtrack. The series also brought to light the incredible piano music of Ethiopian nun Emahoy Tsegué-Maryam Guèbrou for instance (Éthiopiques 21 – 2005).

Born in Adis Abeba, Girma Bèyènè started his career in 1961 as a singer in various bands (The Ras Band, The Girmas Band, The All Star Band, The Alem-Girma Band) and also taught himself to play the piano. He only recorded four songs in 1969 in collaboration with Mulatu Astatke which were re-released in 2000 on Éthiopiques 8: Swinging Addis. The musician is also credited as the arranger of over 60 titles and as a pianist or composer on 25 tracks between 1969 and the late 1970s.

“Musiqawi Silt” for instance – one of the signature tunes of Ethiopian groove – was famously penned by Girma Bèyènè and recorded in 1977 by jazz and funk collective Hailu Mergia & The Walias Band on the seminal Tche Belew. The track was re-released on Éthiopiques 13: The Golden Seventies – Ethiopian Groove (2003) and covered by many bands including Gétatchèw Mèkurya & The Ex on the wonderful Moa Anbessa (2006).

It was while touring in the US with the Walias Band in 1981 that Girma Bèyènè and several other members decided not to return to Ethiopia, then totally stifled by dictatorship. Finding it difficult to connect with the Ethiopian diaspora in the United States, Girma Bèyènè abandoned the professional music scene for the next 25 years. The musician only returned to his native country in 2008 where he gradually started performing again.

Formed in 2009, Akalé Wubé is a young French quintet composed of Etienne de la Sayette (tenor & baritone saxophone), Paul Bouclier (trumpet), Loïc Réchard (guitar), Oliver Degabriele (electric bass) and David Georgelet (drums). It is of course by listening to the Éthiopiques series that the musicians developed a shared passion for the Ethiopian rhythms of the 1960s and 1970s. Starting off with covers and then digging further into the Ethio-jazz repertoire, the band have released three albums to date: a self-titled début in 2010, Mata (2012) and Sost (2014).

With the help of Françis Falceto, the band got in contact with Girma Bèyènè, invited him to play with them in France and performed a memorable reunion concert in Studio de L’Ermitage (Paris) in September 2015. The concert sowed the seed for further collaboration and the idea of a new studio recording was mooted.

This modest, self-educated man, the son of a good family and leading independent arranger of the 1960s sank into the limbo of the anonymous Ethiopian diaspora. We hope that the “Éthiopiques” series will contribute to bringing him the recognition he is due.

wrote Françis Falceto in the liner notes of The very best of Éthiopiques compilation in 2007.

Signing his name to the 30th instance of the Éthiopiques series with a band who grew up listening to his music is a remarkable way for the veteran musician to return to the vanguard of the Ethiopian groove he was so instrumental in revealing to an international audience in the first place.

Spellbinding Music is a blog which curates contemporary, modern classical, roots, electronic, jazz and folk music…and everything in between since 2012. ... END_OF_DOCUMENT_TOKEN_TO_BE_REPLACED

This website uses cookies to improve your experience while you navigate through the website. Out of these, the cookies that are categorized as necessary are stored on your browser as they are essential for the working of basic functionalities of the website. We also use third-party cookies that help us analyze and understand how you use this website. These cookies will be stored in your browser only with your consent. You also have the option to opt-out of these cookies. But opting out of some of these cookies may affect your browsing experience.
Necessary Always Enabled
Necessary cookies are absolutely essential for the website to function properly. This category only includes cookies that ensures basic functionalities and security features of the website. These cookies do not store any personal information.
Non-necessary
Any cookies that may not be particularly necessary for the website to function and is used specifically to collect user personal data via analytics, ads, other embedded contents are termed as non-necessary cookies. It is mandatory to procure user consent prior to running these cookies on your website.
SAVE & ACCEPT
%d bloggers like this: