London-born pianist and composer Neil Cowley (b. 1972) formed his eponymous trio in 2006. The traditional trio formation of piano, drums (Evan Jenkins) and double bass (Rex Horan) hints of course at jazz music, but strong pop, rock and dance music influences are also very much in evidence. Neil Cowley composes catchy melodies built on simple riffs on the piano. Most themes are then explored through repetition and rhythmic variations, but rarely expanded into lengthy improvisations. Songs like “Slims” or Rooster was a witness are emblematic of the trio’s sound: delightful, energetic and infectious.

Both tunes come from The Face of Mount Molehill, the trio’s fourth album and 2012 release which sees the addition of a string ensemble on several tracks.

Spellbinding Music is a blog which curates contemporary, modern classical, roots, jazz and folk music…and everything in between. ... END_OF_DOCUMENT_TOKEN_TO_BE_REPLACED 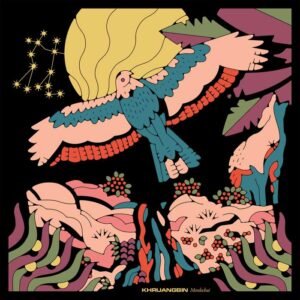